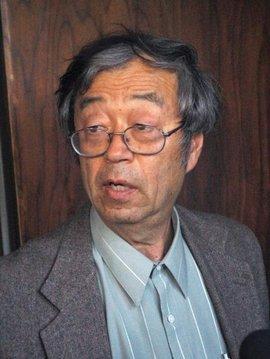 Satoshi Nakamoto
We don't know who Satoshi Nakamoto was. We don't know if Satoshi was male or female—we refer to him as male because that's what his P2P Foundation profile claimed. We don't know if Satoshi was a single person or a group of people. We don't know where Satoshi is from, or where he is now. But here's what we do know. Satoshi Nakamoto began coding the first implementation of Bitcoin in C++ in May of 2007. In August of 2008, he sent private emails to two well-respected cypherpunks, Hal Finney and Wei Dai, asking them for feedback on early versions of the Bitcoin white paper. They both gave Satoshi positive feedback, telling him they found it very promising. https://nakamoto.com/satoshi-nakamoto/ SatoshiNakamoto.me is dedicated to preserving the history and integrity of Bitcoin’s mysterious and elusive creator. Every single public post that Satoshi Nakamoto wrote until he stopped posting publicly on December 13, 2010 is cataloged and categorized. SatoshiNakamoto.me is a work in progress. If you would like to help support this endeavor, you can in a couple of ways: 1) Share this website with others to help spread the knowledge and 2) Consider making a bitcoin donation to help fund hosting fees SatoshiNakamoto.me bitcoin donation address: 1A1zP1eP5QGefi2DMPTfTL5SLmv7DivfNa
照片
最新动态
更多故事